Overview of the functions offered by ElTheo for 3D DISTO

The stationing of the Leica 3D DISTOs

In addition to setting up on known points, it is possible to define a local coordinate system. This can be defined arbitrarily in any direction or over two measurements the X-axis is aligned parallel to e.g. a facade.

If there is already a drawing or known points, the stationing can also take place via a free stationing: For this purpose, visible points from the drawing are simply transferred to ElTheo for 3D Disto and measured with the 3D Disto. The free stationing is possible in 2D and also in 3D.

The Transfer of the Measured Points

The point measurements of the Leica 3D DISTO can be sent to any Windows program in a freely definable format. For example, it is very easy to supply any industry-specific CAD system with 3D Disto measurements.

ElTheo's stakeout module for 3D Disto is mainly used to check existing plans or to show a point in the location. For this purpose, already measured points are displayed again by the 3D Disto, or you can show points from the drawing in the locality with the laser..

Each measurement of the 3D Distos is automatically logged. These points can then be accessed again later, or used for the new stationing and orientation of the 3D Disto. 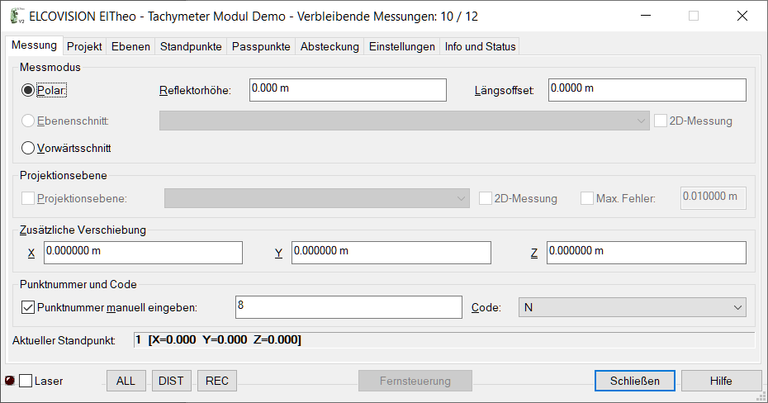